TEXT I
The earth is rich in biodiversity with millions of different
species of plant and animals. However, many species
are disappearing at na alarming rate. Biodiversity is
reduced when ecosystems are modified and habitats of
plants and animals are destroyed. The one species that
is causing the phenomenon is the same one that can
stop it – humans.
Many scientists view the current wave of species
extinctions as unrivaled since the disappearance of the
dinosarus, more than 65 million years ago. Currently,
around 11,000 species of plants and animal are at risk of
disappearing forever – this includes over 180 mammals.
Why care about endangered animals? There are many
reasons for protecting endangered species, including our
own survival. Many of our food and medicines come
from wild species, and each wild species depends on a
particular habitat for its food and shelter, and ultimately
its survival. If one species in an ecosystem is altered or
destroyed, a ripple effect occurs, and the
interdependency of all living things becomes clear.

2.According to the article, what are some
reasons animals become extinct?
a) Humans are polluting the earth.
b) Animals can’t find any food anymore.
c) Humans and animals depend on each other.
d) Humans are changing the habitats.
e) Humans are killing the plants.

3.According to the article, why do humans are
also endangered?
a) Because most of our food and medicines comes
from wild animals.
b) Because humans are manufacturing fake food.
c) Because over 11,000 plants feed humans.
d) Because the scientists compared the extinction of
dinosaurs with humans.
e) Because our food depends only on wild animals.

6.I think people enjoy (inform) __________
about new products. The passive gerund or infinitive
is:
a) Being informed.
b) Have been informing.
c) Have informed.
d) Informing.
e) Is being informed.

Just in the last century, the way in which we
consume material goods has shifted radically. For our
grandparents, and some of our parents, shopping meant
buying provisions of satisfy physical needs. Today, in
addtion to buying necessities, we shop to indulge
ourselves in luxuries-high-priced gym shoes or the
latest, most high-tech entertainment system. And we
shop for the sheer fun of it. Most of us acquire
continuosly-everything from groceries to cars, from
clothing to toiletries, from home furnishings to Sporting
equipment-and through our acquisitions, we Express a
sense of identy, taste, and lifestyle.But some people go overboard. Their spendind
becomes excessive and often carries troubling
consequences. Some people cannot resist the
temptation, and very often they buy merely to acquire.
This type of impulsive buying can become so obsessive
that people find themselves in considerable financial
debt and psychological distress. Recent studies suggest
that extreme impulsive buying is on the increase,
affecting na estimated 5 to 10 percent of the adult
population in many countries.
We tend to define ourselves by what we buy
and have. This often affects how we feel as well. For
many, buying things on impulsive is a way of avoifing or
hiding feelings of anxiety and loneliness. The long and
short of it is this – You can’t buy happiness.
The expression “indulge ourselves” (line 5
and 6) could means:
a) Feel a strong wish to do something.
b) To let ourselves have or do something we enjoy.
c) Spending more than you have.
d) Buy something indulgent and luxurious.
e) To do much of something.

8.According to the Text II, how have shopping
habits changed over the last few generations?
a) In the past, people bought just the necessities. Now
people shop continuosly to indulge themselves.
b) In the past our parents used to buy too much food to
protect the family.
c) In the past our grandparenst shopped for the sheer
fun of it.
d) In the past, people used to go home with a lot of
things.
e) Just in the last century, the way in which we
consume material goods hasn’t shifted radically.

9.According to the Text II, the main idea of the
of the paragraph 2 is:
a) Compulsive shopping often increases anxiety and
depression.
b) Many people shop to avoid and loneliness.
c) People now shop for fun and to indulge themselves
in addition to getting the necessities.
d) Many people can’t shop.
e) Many people today are in considerable financial
debt because of impulsive buying.
10.CHANGE the sentence “The boy eats
yogurt” to PASSIVE. Which is CORRECT?
a) Is eaten, the yogurt.
b) He is eating the yogurt
c) The yogurt is eaten by the boy. 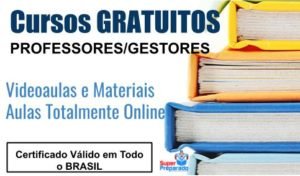